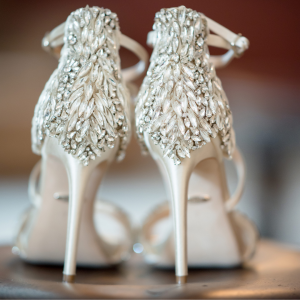 We women know from a very early age this magical, confusing often times complicated world has a set of rules for us to follow. Some even call them standards. We know that dresses and bows are needed, dieting is expected, and being pretty is goal, no matter what. We are expected to be smart, independent but not too independent, bold but not loud, ladylike, desirable but classy and carry out the responsibilities of mothers and wives while also holding down a job, but some look down at that, so we quit to stay at home and raise a family… Ah, but that’s looked down on too. Being a woman living in America is complicated.

Little girls are conditioned. “Ladies don’t do that”, “That’s for boys” the WORST- “Big girls don’t cry”- So basically, be pretty, be thin, be everything except yourself… Got it. That’s a pretty boring mold if you ask me. We are so imaged based in Western Culture. But, we’re also young. Our Nation hasn’t been around that long and money is a big thing, along with looks and image. Other countries are much more mature than us and have learned that what’s inside is truly more important that what’s on the outside.

Back to my point, women are trained to mold, sculpt and control their bodies, emotions and feelings.

All of this started to pour out as I sat with Bill on the couch. He listened without judgement as I slashed society’s rules and carried on about the Do’s and Don’t of ladies.

His response caught me by surprise. I’m lucky I’ll admit. Bill and I can share or disagree and it’s always a safe space to be in. We love each other deeply and can have deep conversations about anything. Bill is logical while I’m more spontaneous. He likes to be prepared while I say “Let’s go!” He’s kind and loving and keeps me grounded while I keep him going!

He said, “And you don’t think men are the same way?” – I paused, I sat and the face expression said everything that I was thinking at that moment. “What?” – Curiosity began to rise as Bill began to explain. “Men are taught from an early age to provide, protect their siblings, carry the pressures of taking care of their family financially, emotionally and keeping them safe. Making sure their partner is happy, even if it takes away from their own. Men are raised to sacrifice. Boys are raised to be men, not showing pain because that’s a sign of weakness.” A light when off in my head. Men are also put to these silly standards of women, not by being thin and small, but by being big, chiseled and muscular. I understood Bill and he understood me. I said, “Why isn’t this talked about more often?” – “Men don’t talk about that Stuff” ah, back to men aren’t allowed to feel… 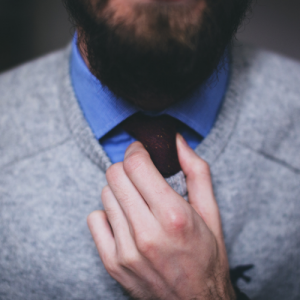 So, We've all been effected by these "rules"

I’m Thankful for this conversation, and Bill’s openness on the issue. Who knew there was another side to this seemingly one-sided coin? I was surely unaware. Who made this stuff up anyway? Who said, “Do this and do that and feel this but not that and that is the way we live”? It’s a gimmick folks. A gimmick. Men, women, non-binary and all can live however they chose. And so can you. The world is more than what you see in ads or the latest fad. Have children or don’t, stay at home to raise them or don’t, wear high heels and lipstick or don’t. It’s up to you and only you to decide. Some will understand and some won’t. You must always be true to yourself… Throw your training out the window, set it on fire if it feels good and LIVE your life. Pretty changes every year, diets don’t work- spoiler alert, and raising kids doesn’t mean you have to give up on your own needs and desires, teach your children to be them, not you or the way things are supposed to be, but them! Be you- it’s easier and everlasting. Men, I invite you to share your worries With your partner. If you’re stressed then state it, you are NOT a failure for needing a second job, or staying at home with the kids, you are part of a family who loves you, not what you do. Always chose you.

I am not a therapist, dietitian, or licensed mental health professional, I do not take the place of such, thus I cannot provide treatment or give professional advice.